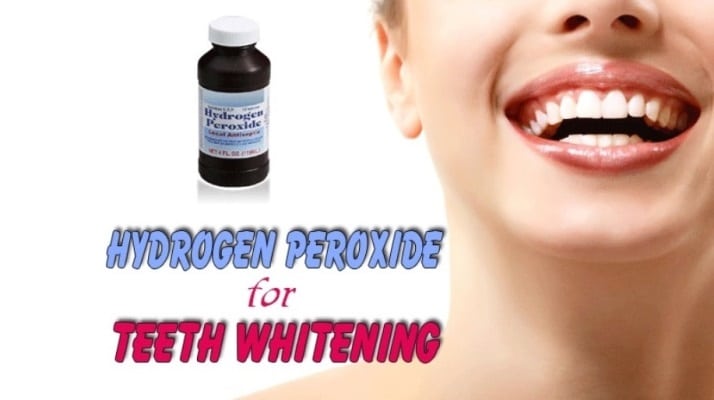 There are many people who are looking for some or the other ways for brightening and whitening their teeth for having an amazing smile. Although there are many ways that can be used for whitening the teeth, the use of hydrogen peroxide is one of the simplest and easiest. However, most of the people are not aware of the correct ways of using the ingredient.

Hydrogen peroxide can be used by both men and women for increasing the whiteness of their teeth. It does not only help in whitening the teeth but also helps in making the skin glow and brighter. Hydrogen peroxide also prevents the formation of bad breathe and thus ensures complete protection of the oral needs of the people.

Is it Worth to Use Hydrogen Peroxide?

Here are some of the ways in which the hydrogen peroxide can be used, either alone or along with some other ingredient, for ensuring maximum whitening of the teeth:

This method works really well as hydrogen peroxide is used naturally on the teeth. Thus, all the ingredients of hydrogen peroxide deliver the required results to the teeth of the users. The process can be done twice or thrice in a week.

Not many people are aware of how to whiten teeth with baking soda and hydrogen peroxide. But the two ingredients make a good combination. Both the ingredients have the desired qualities that are needed to fight against the possible oral problems.

When making a fine paste with the two ingredients, keep the quantity of hydrogen peroxide more than baking soda. Mix both the ingredients well to get a fine paste and then use that paste for brushing your teeth just like the normal regular toothpaste. You can either use this paste 2 times while brushing or can use it only once.

If you don’t have much time and are looking for easy way out of getting the desired whiten teeth with the help of hydrogen peroxide then making a mouthwash with it can be a good idea. Mix equal parts of Listerine and hydrogen peroxide and make a good mouthwash which you can use on regular basis. This mouthwash can be used as and when required by the users depending on their needs. The best part of using such mouthwash solution is that it can be easily made and consumes no extra time for using and delivering results.

Lemon juice is known worldwide for reducing the yellowish color from the body. The same can be used for lightening the yellowish stains from the teeth. When lemon juice is mixed with hydrogen peroxide, the two makes a deadly combination which ensures nothing but the best result. Both the ingredients are natural and do not leave any side-effects.