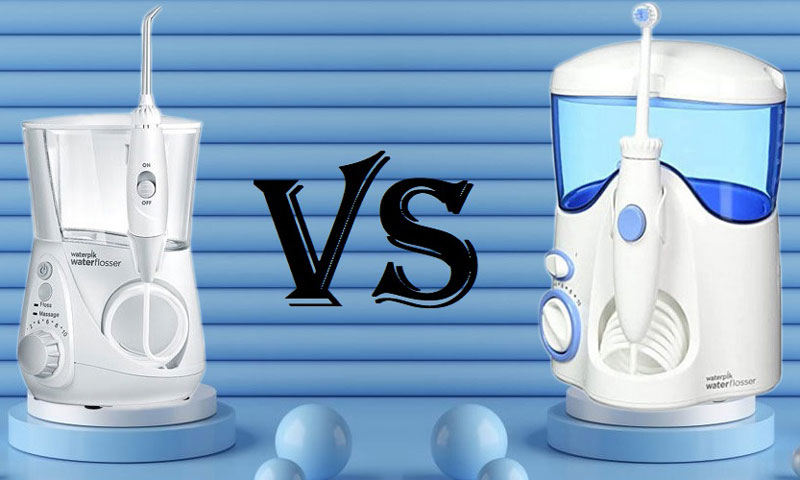 Maintaining good oral health is a necessity for me. In addition to brushing twice a day, I floss my teeth with the help of a water flosser at least once to get rid of any plaque buildup, and subside the redness of my gums.

Two excellent water flossers in my opinion are Waterpik Aquarius and Waterpik Ultra. On top of being extremely well-rounded as water flossers, they bring to the table affordability; something that many prominent brands fail to offer to this day.

The Aquarius and Ultra are unbeatable when they compete against their rivals. However, when the pool is narrowed down and the two have a stand-off, while one of them does end up victorious, the difference between each prospect remains narrow.

If you’re curious to know which one has the upper hand, fasten your seatbelt and join me as I unveil to you the better pick amongst the two options; Waterpik Aquarius and Waterpik Ultra! 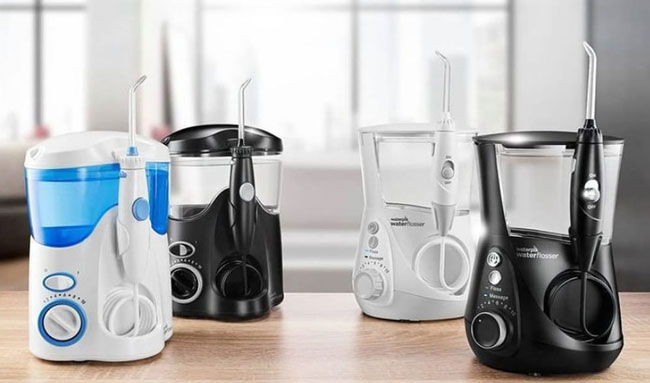 Due to how popular Waterpik is as a brand, finding both the water flossers was as easy as pie.

For this experiment, I gave each model a generous amount of time. Since I wasn’t expecting overnight results either, I spent almost an entire month (28 days) flossing my teeth with the assistance of the Aquarius and Ultra.

Although my dental health reached new heights by the time I crossed the finish line, taking my pick felt like a chore, despite being inevitable. Nonetheless, here’s a brief overview of the Waterpik Aquarius and Ultra, and my ideal pick amongst the two.

As previously mentioned, the Waterpik Ultra and Aquarius, despite being almost 10 years apart, offer users an experience that is almost identical.

However, certain aspects about the Aquarius definitely makes it the better pick. Likewise, certain features that the veteran Waterpik Ultra has seem to be missing in the build of the Aquarius.

Without further ado, here’s a thorough breakdown on the identical aspects as well as the major differences between the two Waterpik models: Aquarius and Ultra. 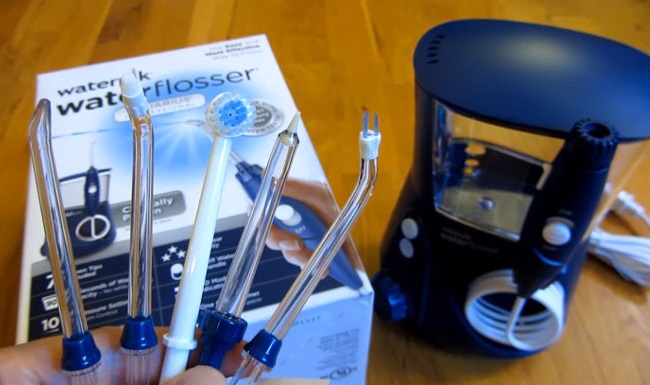 In terms of performance, the Waterpik Ultra and the Aquarius can both bring to the table an outcome that is favourable, but have differences that could be pivotal factors to many.

The Waterpik Ultra and Aquarius both come with a floss mode, which is the standard mode that you can find in any and every water flosser. It moves at a steady and gentle rate, but can also change in terms of pace due to the 10 water settings.

In addition to having a floss mode, the Aquarius also has a Hydro-plus mode which prioritises the hard to reach areas around the gum as well as one’s set of teeth.

The hook of the Aquarius is also more user-friendly as opposed to the Ultra’s. When using the Ultra, I often struggled to operate the hook as it was so loose and flexible all the time. However, when I used the sturdier hook of the Aquarius to clean my teeth, handling it was like squeezing a lemon; easy.

One excellent feature I picked up on gradually was how composed the Aquarius is as opposed to its counterpart. While it didn’t compromise the performance of the Ultra in any way, the less noisy tendency of the Aquarius was a breath of fresh air in the morning. 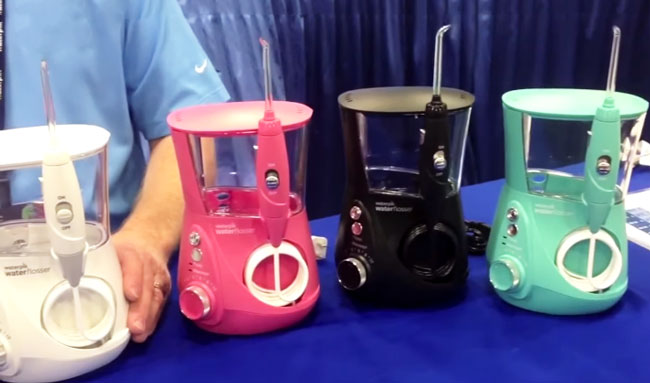 When it comes to visuals and materials, the Waterpik Ultra is rather old-fashioned. It is a bit shorter in terms of length, but is slightly wider than the compact Waterpik Aquarius.

The Waterpik Aquarius is also miles ahead of its counterpart when it comes to design. Although it offers 3 colour options against the Ultra’s 4, the materials used in the creation of the Aquarius are of higher quality. The hue of its glossy white looks very much in trend in contrast to the somewhat tacky shade of white that the Ultra contains.

Although the Aquarius is a bit larger than the Ultra in terms of height, it is significantly lighter than the veteran. The weight difference didn’t really tarnish the way I viewed the Ultra, but moving the Aquarius from my bedroom to the bathroom was definitely an easier objective for me on the regular.

Additionally, the Aquarius has a reservoir cup that is attached to the piece of equipment, unlike the Ultra, where the cup is removable. Truth be told, I found this feature rather unnecessary and irrelevant at first, but that changed when I lost the detachable cup of the Ultra on a dreadful Monday morning.

Since the two models are 8 years apart, I expected their price tags to be significantly different. However, once I found them online, I realised how inaccurate that assumption was.

As the Waterpik Ultra hit the shelves in 2006, despite being somewhat limited in terms of supply, it cost me a little over $69, which I think was a bargain.

Unsurprisingly, the amount I had to pay for the Ultra was inexpensive in contrast to the Aquarius I bought, which was a cent short of a three-figure sum, standing at $99. Even though I found and ordered both the items from Amazon, you can definitely look for them on Costco, Target, and can even find them on Waterpik’s official website. However, keep in mind that the prices of each product might differ.

Moving on, although the specifications of the models aren’t any different, the Aquarius has the edge over its opponent when it comes to the physical appearance and additional features. For the previously mentioned factors, it is understandably a bit more pricey as a result.

Nonetheless, even though the Aquarius is definitely worth the investment, the Ultra takes this round due to having a more convenient price tag and offering more affordability.

Some of the crucial differences between the Aquarius and the Ultra lie beneath their groundwork.

The Aquarius has a slider switch with an on and off option in contrast to the Waterpik Ultra, which only contains a push button. While the reason behind this feature’s absence on the Ultra could be due to its release date, the push button really added to my stress at times, especially when I used it after dinner!

The new mode on the Aquarius, also known as the Hydro-Plus mode, was extremely delightful and a key difference between the two contenders. Unlike the standard Floss mode, the Hydro-Plus mode is rather generous to the user. It moves at an efficient rate, but often moves at a slow pace to really clean every area properly without compromising the handling of the hook.

Lastly, the Ultra lacks a pace-timer, which is something that the Aquarius stands out for. The main task of the pace-timer is to prevent users from overcleaning specific portions of the mouth. It typically runs for 30 seconds at a time when cleaning each area, and also uses less water from the reservoir to make the touch-up sessions easier.

Since both water flossers on this issue are of Waterpik, the two contenders in this matchup have loads of things in common.

The Ultra and Aquarius have a pulsation rate of 1400 per minute and give their customers 10 water settings to implement. They also contain a reservoir capacity of 650ml, and typically get the job done in the span of 90 seconds.

Despite being a little difficult to navigate, the Waterpik Ultra’s handle can also do a 360, just like the one used for the Aquarius.

Additionally, although it is undoubtedly the underdog when compared to the Aquarius, it also comes with a 3-year warranty just like its opponent for this bout, which definitely makes me appreciate the Ultra a little more on certain occasions.

Why It Was Easier To Side With Waterpik Aquarius 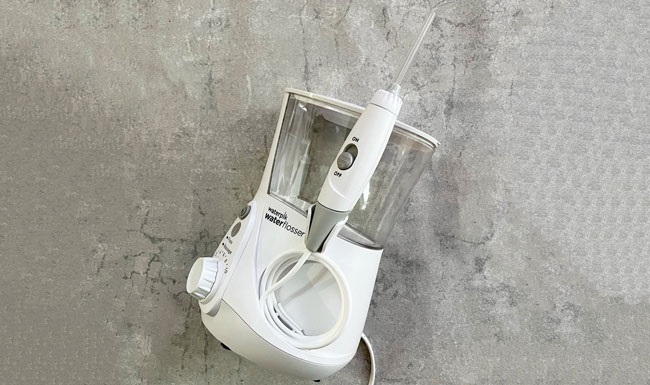 When it was finally time to conclude my experiment, after spending almost 60 hours with both models, the Waterpik Aquarius was the candidate that swept me off my feet. While both of them performed exceptionally well and prioritised my need to improve the condition of my dental health, the reasons that I chose the Aquarius were plentiful.

The first reason was its build. In contrast to the Ultra, Aquarius looks extremely advanced. The materials used for the Aquarius look polished and can fit in with any modern piece of furniture effortlessly. Sure, it is slightly taller, but it takes up less space than its counterpart, which makes up for that missing element perfectly.

The fact that the Waterpik Aquarius has a timer also grew on me over time. Since I’m a germaphobe, I always clean my teeth and gums more than needed. The timer let me know when my cue was every time I used it, which allowed me to control my habit of overcleaning my teeth and over-flossing my gums.

Perhaps the additional mode was the IT factor for the Waterpik Aquarius. As my teeth and gum are very sensitive and fragile, the Hydro-plus mode was a game changer for me. Using it on a regular basis not only improved the visuals of my teeth, but also stopped my gum from leaking blood for the first time in 7 years!

Final Verdict: The Choice Is Yours

After coming up with the final scorecard, my winner was without a doubt the Waterpik Aquarius. Although I partially chose it due to how beneficial one of the features, the Hydro-Plus mode, was for my gums, I also believe that the Waterpik Ultra put up a great fight.

However, just because I chose the Aquarius model doesn’t mean you have to follow my footsteps too!

In fact, if you’re a newbie who just discovered water flossers, investing in a Waterpik Ultra could very well be a blessing in disguise. While it does miss a few features as opposed to its opponent for this bout, the Waterpik Ultra is more affordable. It contains all the compulsory characteristics that can improve your oral hygiene immensely, and is durable enough to last for almost a decade.

All in all, if I could sum it up using two lines, then it would be this: If you’re just starting your water flossing journey, bet on the Ultra. On the contrary, if you’re looking for an upgrade that will help you and your dental health reach new heights, go for the Aquarius.